Read More Articles
NOTE: This article originally appeared on Retire Guide, a site Senior-High wholeheartedly recommends. We thank them for the opportunity to publish this article for our audience.

Medical marijuana is legal in some states, but Medicare will not cover it because it is considered an illegal schedule one drug by the federal government. However, some cannabinoid medications may be covered by Medicare Part D or Medicare Advantage plans. 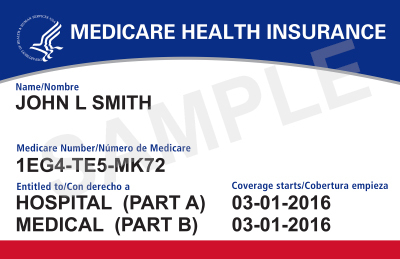 Medicare will cover only medications approved by the Food and Drug Administration.

Medical marijuana isn’t FDA-approved, and it is still considered an illegal drug by the federal government.

This is true even if you live in a state where medical marijuana is legal.

However, certain cannabinoid medications — such as Syndros and Epidiolex — may be covered by Medicare drug plans because these products are FDA-approved.

The marijuana plant contains more than 60 different types of cannabinoids. Two cannabinoids have been studied for medicinal uses: delta-9-tetrahydrocannabinol (THC) and cannabidiol (CBD).

Medical marijuana may not be FDA-approved, but four cannabinoid medications are.

Other than the four products listed below, the FDA has not approved any other cannabis, cannabis-derived or CBD products on the market.

Cannabinoid Medications Approved by the FDA

Cannabinoid Medications Approved by the FDA

Epidiolex
Epidiolex contains a purified form of CBD and is used to treat seizures associated with Lennox-Gastaut syndrome and Dravet syndrome.

Marinol
Marinol is approved to treat nausea associated with cancer chemotherapy and weight loss in AIDS patients. It is a synthetic cannabis-related compound available in capsule form.

Syndros
Similar to Marinol, Syndros is prescribed to treat nausea associated with cancer chemotherapy and weight loss in people with AIDS. Syndros is a synthetic cannabis-related compound available in liquid form.

Cesamet
The active ingredient in Cesamet is nabilone, a synthetically derived chemical structure similar to THC. It is used to treat nausea associated with cancer chemotherapy. It is available in capsule form.

The fact that these four drugs are FDA-approved doesn’t mean Medicare will cover the cost.

As a quick reminder, there are two ways to receive Medicare prescription drug coverage:

Medicare’s coverage of cannabinoid medications depends on the type of prescription drug plan you have.

For example, GoodRX, a health care company that tracks prescription drug prices in the United States, notes that most Medicare plans will not cover Syndros.

Because Syndros is a name-brand drug, it is quite expensive without insurance coverage. GoodRx estimates a single prescription of Syndros can cost up to $1,342.

However, some Part D and Medicare Advantage plans will cover part of the cost of Syndros.

All six cover Syndros as a Tier 4 drug, according to the company’s 2020 Individual Part D Formulary.

Syndros has an estimated $40 copay with plans from Independent Health, according to GoodRx. Plan deductibles may also apply.

It’s important to note that even if your Part D or Medicare Advantage plan covers cannabinoid medications, you may still need to get prior authorization. This means you need to contact your plan in advance and your health care provider may need to fill out paperwork describing why you need the prescription.

This is only an example. Medicare Advantage and Part D plans tend to serve specific coverage areas. Independent Health, for example, is available only in eight counties in Western New York.

It’s important to check your own plan details and formulary to see if cannabinoid medications are covered.

As of 2021, 38 states and the District of Columbia have approved comprehensive, publicly available medical marijuana programs.

Fifteen states and the District of Columbia have also approved recreational marijuana use for adults.

The process for obtaining a medical marijuana card varies by state.

However, a few basic rules apply.

As with any prescribed medication, you need a reason for a doctor to recommend medical marijuana. Each state has its own list of ailments that can be legally treated with cannabis, such as pain, PTSD or cancer.

Next, you will need to ask your doctor if he or she is comfortable issuing you a medical marijuana card. You can also look online for medical professionals who are registered with your state’s cannabis program.

Some states require you to sign up with the state-maintained registry of medical marijuana patients. In other states, this step is optional.

Finally, after you’ve received your medical marijuana card, you will need to locate a nearby dispensary to purchase the product.

Rachel Christian is a writer and researcher for RetireGuide. She covers annuities, Medicare, life insurance and other important retirement topics. Rachel is a member of the Association for Financial Counseling & Planning Education.