Can I Travel with Cannabis?

Read More Articles
A recent news cycle included a story about American Brittney Griner, WNBA star and Phoenix Mercury center since 2013. The two-time Olympic basketball champion and member of the U.S. national team was caught with cannabis vape cartridges in her carry-on luggage at Moscow’s airport. She could be sentenced to a maximum of 10 years in prison.

If Putin’s invasion of Ukraine is not enough to deter your from traveling to Russia with a cannabis product, Ms. Griner’s arrest should be.

But what about traveling domestically with cannabis? With the laws in flux, lots of people are confused and have been asking Senior-High, so we thought we’d do some digging and help, uh, clear the air. 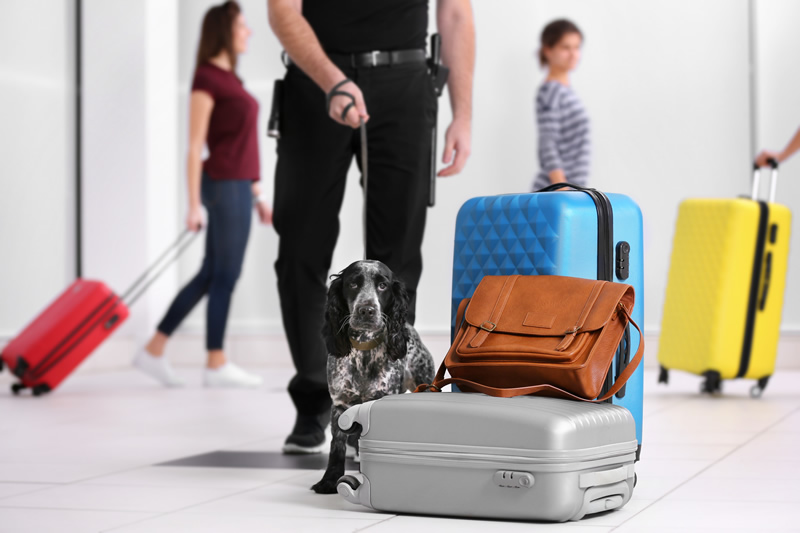 Don’t. Just don’t even think about it. No, non, nyet, nein, não. If you’re traveling to a country where it’s illegal, you could be arrested and face serious criminal penalties. And cannabis is illegal in most countries, although things seem to be loosening up in Israel and a couple of other countries. But they’re few and quite literally far between.

But what about Canada? It’s legal there, right?

Kinda. While cannabis is legal for adults in Canada, it’s illegal to transport these products across Canadian borders regardless of the amount of cannabis and medical authorizations. Even if you’re travelling from a US state where cannabis is legal to a Canadian province where it’s legal, you could be thrown in prison for up to 14 years [1]. That’s for hosers, eh?

Sadly, an arrest for cannabis in a country outside the US may be simply a pretext to use the American citizen as leverage for some cagey diplomatic leverage. Russia has played this card before. Don’t be a pawn in such a terrible game. Medicinal or not, leave cannabis products at home before heading overseas, to the Great White North or south of the border. Comprender?

Oh, and this goes for cruise ships, too. They could turn you over to foreign authorities when the ship docks if you’re caught with cannabis on board. Just. Don’t.

Now we come to the trickier part. While more and more states are legalizing and/or decriminalizing cannabis possession for either recreational or medicinal use, it is (sadly) still illegal on the federal level. Even CBD? It depends: Many cannabis-infused products, including CBD oil, are illegal at the federal level if they contain more than 0.3 percent of THC. In 2019, the TSA updated its policy to allow CBD containing less than .3% THC.

If you’re using a CBD product that has more than 0.3 percent THC, you would be violating the law by transporting it across state lines. The only exceptions are the FDA-approved cannabis-derived product, Epidiolex and three synthetic cannabis-related drug products: Marinol, Syndros, and Cesamet. These are only available with prescriptions by licensed healthcare providers.

No. TSA’s job is security. In 2019, they stated “Let us be blunt: TSA officers DO NOT search for marijuana or other illegal drugs. Our screening procedures are focused on security and detecting potential threats.” However, if they do find cannabis in your carry-on, packed bag, or person, they will notify law enforcement, even if it’s for medicinal use. What will the cops do? It depends where you are and how much the officer cares. If it’s just a tiny amount and obviously for your own use, you may be OK. You may simply be asked to throw it away. If you’re transporting a large quantity, you can be arrested for drug trafficking.

Some people try to fool TSA with fake containers in which they hide their pot. Do you really think TSA hasn’t seen these before? Brooklyn Nets All-Star point guard D’Angelo Russell thought not. He was cited at a New York airport in 2019 after a routine search by TSA workers flagged what at first glance appeared to be a can of Arizona Iced Tea in a checked bag. Air ball.

So if TSA finds some pot on you and calls the cops? An article on Frommers.com said, “Law enforcement doesn’t appear to want to waste the time. Police in Albany, New York, told the Times-Union newspaper that while they’re occasionally summoned to checkpoints because cannabis items have been found, they really don’t care as long as the amount in question is less than 3 ounces.”

What About if I Drive?

Well, you won’t have to deal with TSA. You’ll simply have to deal with the police who may be on the lookout for cars with out-of-state plates, particularly if you’re from a state where cannabis may be legal and have entered a state where it is not. Flower carries a very strong aroma. Just our opinion but the risk seems high – and not in a good way.

Of course, there are people who accept the risk. They put their gummies in with regular kids’ gummies. Or just figure, at worst, TSA will find their small amount of cannabis and they’ll have to throw it out. They know luggage is often checked so they carry their cannabis with them on their person or in carry-ons, particularly if they have vape cartridges since Lithium batteries are used in vape pens or weed vaporizers.

Us? Until cannabis is legalized on the federal level, we do not fly or drive to destinations where cannabis is not yet legal unless we are carrying CBD products with less than 0.3 percent THC. These dudes abide.